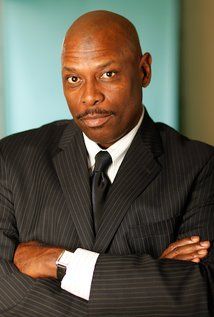 托尼·克雷格，Tony Craig is a performer whose abilities apparently know few boundaries. He is an accomplished musician, and has performed live on stage as a singer/drummer with Ben E King, Etta James, Martha Reeves, Mary Wells, Sam and Dave, The Mighty Sparrow, to name just a few. As a songwriter and session musician, he has recorded albums with artists such as Dominic Troiano and Eddie Schwartz, Carol Pope and Rough Trade Dan Hill and many others. Now a landed immigrant in Canada, Trinadad-born Craig came to the Far North as a result of expanding his career. Performing in a band gave him his chance to try out another country, and he humorously related that in all the years he'd sung the classic "White Christmas," he hadn't realized just what it meant until he moved to the cold and snowy climate of Canada. The novelty lasted only so long, but Tony relishes the cold weather now. How did he get into acting? His career change resulted from his recording studio in Toronto being robbed. To get his mind off the disaster, his girlfriend took to a movie set as an extra. Little did Tony know that he would be offered a larger role in John Grin's Christmas, opposite Robert Guillaume, Geoffrey Holder and Roscoe Lee Brown, which led to a new career. Over the next decade, he appeared as a guest star in a variety of television series, such as Forever Knight, Tekwar, Kung Fu: the Legend Continues, and Top Cops. On the big screen, he has had roles in Disney's The Ref and Soul Survivor. His latest work is the Showtime cable movie, The Sweetest Gift, in which he plays a biker and romantic interest of Tisha Cambell also staring Dian Carol and Helen Shaver.