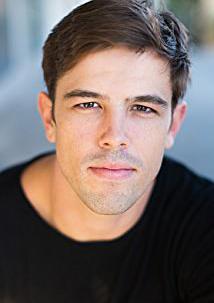 凯莱布·斯比尔亚兹，Caleb Spillyards was brought up in the foothills of the Ozarks in Maumelle, Arkansas, which reflects his love as a true adventurist. The avid outdoors-man got his start in gymnastics at an early age, which fueled his passion for performance. As ten time state champion, the Junior Olympic competitor graduated from Oak Grove High School, where he discovered his knack for music and singing. Out of high school, Caleb signed to his first record label as singer/bassist for popular rock band School Boy Humor. He spent years touring, writing, producing albums and videos, and living the musician's fantasy. After an exciting and unpredictable career as a musician, he demanded more as a performer. He moved to New Orleans after recognizing his natural gift for acting and directing through his involvement with several indie films around the country. - IMDb Mini Biography By: Caleb Spillyards