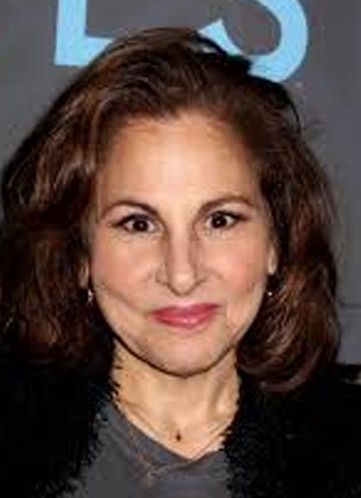 凯茜·纳基麦，Overview (3) Born February 6, 1957 in San Diego, California, USA Birth Name Kathy Ann Najimy Height 5' 6" (1.68 m) Mini Bio (1) Kathy Najimy was born and raised in San Diego, California. She is the daughter of Samia (Massery) and Fred Najimy, a postal worker, both of Lebanese ancestry. Kathy attended Crawford High School, and began her film career in the early 1990s, with several minor roles. Kathy got her breakthrough screen role as "Sister Mary Patrick" in Sister Act (1992). She reprised this role in 1993 in Sister Act 2: Back in the Habit (1993). She is most notably known as the voice of "Peggy Hill" on King of the Hill (1997). Kathy lives in Los Angeles with her husband, actor/singer Dan Finnerty (the Dan Band) and their daughter, Samia Najimy Finnerty. - IMDb Mini Biography By: Kad Spouse (1) Dan Finnerty (8 August 1995 - present) ( 1 child) Trivia (16) She appeared on Family Feud (1976) with her family in 1981 (and won the $10,000 grand prize!). She appeared as her Sister Act (1992) character in Lady Soul's "If My Sister's In Trouble" music video. Appeared as the fairy godmother in the Rebecca Lynn Howard video for "When My Dreams Come True". Is of Lebanese heritage. Participated in Larry King's book, Remember Me When I'm Gone, where celebrities write their own gravestone epitaphs. Has been a Gay and Lesbian rights activist since age 18. Daughter, Samia Najimy Finnerty was born 12 December 1996. Comedy partners with Mo Gaffney. She played a character, named "Olive Massery", on Veronica's Closet (1997). Massery is her mother's maiden name. She is a staunch liberal Democrat and LGBT rights activist. Won Celebrity Poker Showdown (2003) championship. [September 2005] Won Gameshow Marathon [2006] During a 20th anniversary screening of "Hocus Pocus", Najimy admitted that she believes in white magic. In the King of the Hill episode 'Are you there God? It's me, Margaret Hill', Kathy Najimy's character Peggy impersonates a nun to get a teaching job at a Catholic scho