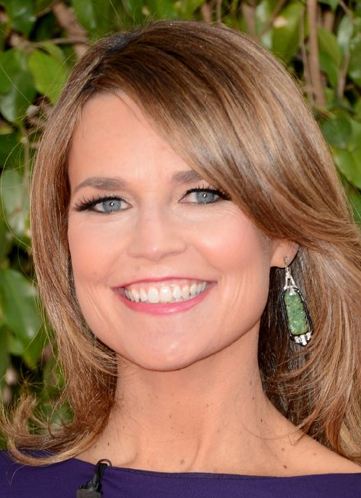 萨凡纳·古斯瑞，Savannah Clark Guthrie (born December 27, 1971)[1] is an American broadcast journalist and attorney. She is a main co-anchor of the NBC News morning show Today, a position she has held since July 2012.[2][3] Guthrie joined NBC News in September 2007 as a legal analyst and correspondent, regularly reporting on trials throughout the country. After serving as a White House correspondent between 2008 and 2011 and as co-anchor of the MSNBC program The Daily Rundown in 2010 and 2011,[4] Guthrie was announced as the co-host of Today's third hour alongside Natalie Morales and Al Roker.[5] In that role, she substituted as news anchor and main co-host and appeared as the chief legal analyst across all NBC platforms.[6] Guthrie ceased to be the third hour co-host and chief legal analyst in 2012 when she replaced Ann Curry as co-anchor of Today.