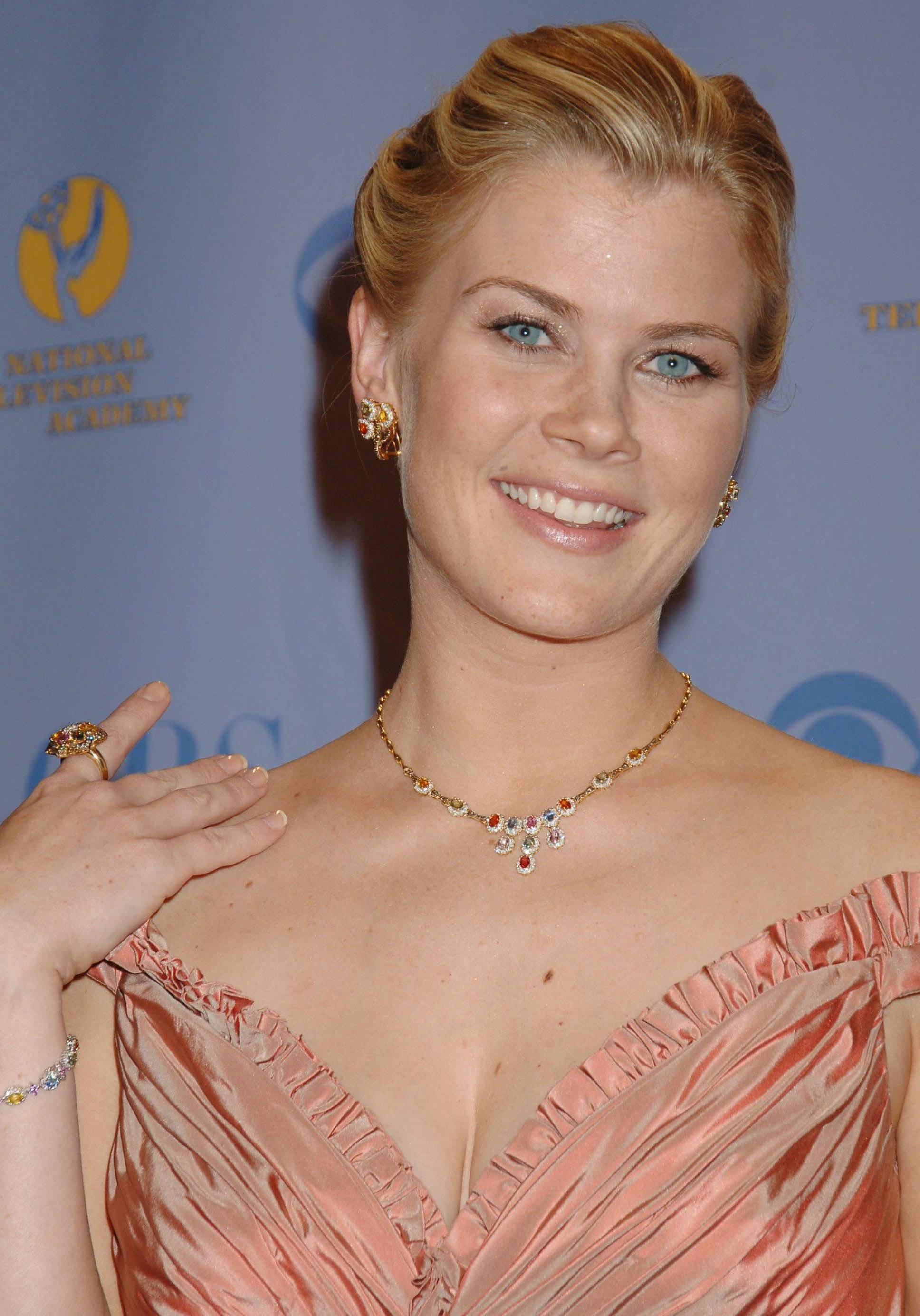 埃里森·施威尼，Alison "Ali" Ann Sweeney (born September 19, 1976)[2] is an American dramatic actress, reality show host, director and author. Sweeney is best known for her portrayal of Samantha "Sami" Brady on NBC's Days of Our Lives,[3] a role she has played under contract with the show since January 6, 1993.[4] In this role, she has earned a Daytime Emmy Award nomination, four Soap Opera Digest Awards and a Fan Voted Daytime Emmy Award.[5] In 2007, she became the host of The Biggest Loser. She is the only daughter, and has two brothers, Sten and Ryan.Sweeney attended UCLA, but left due to the commitment at the time.[8][9] On July 8, 2000, Sweeney married David Sanov, after dating for nearly three years.[10] The couple have two children: Benjamin, born in February 2005 and Megan, born in January 2009.[11] The family currently lives in Los Angeles, California. Her television debut was at age five in a Kodak advertisement.[12] A few years later, she was in an episode of Tales from the Darkside. The episode, titled I Can't Help Saying Goodbye, first aired on October 5, 1986. She played the part of a young girl named Karen who could sense when others were going to die shortly before their deaths.[14] In 1988, she appeared on the short-lived ABC sitcom Family Man,[15] and the following year, was cast as Christy McCray on Brand New Life, a miniseries from future X-Files creator Chris Carter that aired within NBC's Magical World of Disney in October 1989. The miniseries, which co-starred Barbara Eden as Sweeney's mother and Don Murray as her new stepfather, was considered for pick-up as a stand alone series beyond its Disney tryout, but the regular series never materialized. On January 6, 1993, Sweeney first appeared in the role of Samantha "Sami" Brady in the NBC soap opera Days of Our Lives—a show of which she was a fan.