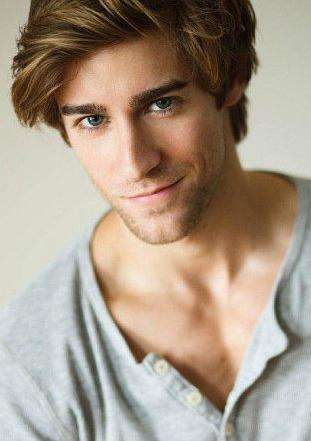 卢克·古尔丹，Luke Guldan is an American actor and film producer. Luke has had leading roles in feature films, guest-starring roles on TV and a number of successes on stage. Luke recently guest-starred on NBC’s “Law & Order: SVU”, CBS’ critically-acclaimed “Blue Bloods” and Comedy Central’s new hit “Broad City”. Luke has also made TV appearances on “Gossip Girl”, “Royal Pains”, “The Colbert Report” and MTV’s “Hey Girl”. Luke has lead roles in upcoming feature films “The Tailor’s Apprentice” and “Addicted”, and his first feature film lead in “The Watermen” brought him to the 2011 Toronto Independent Film Festival for its premiere. Luke was the lead in the theatrical adaptation of “The Graduate” and he appeared in Tennessee Williams’ classic “Street Car Named Desire” and David Storey’s critically acclaimed “The Changing Room”. Born in Milwaukee and raised in Brooklyn, Luke excelled at athletic pursuits as a child. An alumnus of the University of Florida, Luke is an accomplished athlete, nationally recognized for his achievements in health and fitness; Luke was named the NABBA “Mr. Teen Empire State” in 2004 and the INBF “Mr. Fitness” in 2008 and 2009. Luke has been on the covers of and featured in magazines such as Men’s Health, GQ, Muscle & Fitness, Men’s Fitness and Cosmopolitan. Luke currently resides in New York City.