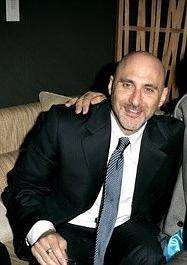 杰夫·罗宾诺夫，Jeff Robinov is founder and CEO of Studio 8, a multi-platform media company funded in partnership with Fosun Group and Sony Pictures Entertainment. The company is based in Culver City, California on the Sony Pictures Entertainment lot and has $1 billion in funding to produce a slate of 25 films in the next five years. Previously, Robinov served as an executive at Warner Bros., starting his tenure at the company as Senior Vice President of Production and climbing the ranks to serve as President of Warner Bros. Pictures Group from November 2007 to July 2013. Under Robinov's leadership, the division crossed the billion-dollar mark every year since 2002 in both domestic and international box office. Robinov helped oversee some of the most commercially successful and critically acclaimed films and franchises in recent memory, including The Dark Knight trilogy (over $2.4 billion worldwide), The Hangover films (over $1.4 billion worldwide), Inception (over $825 million worldwide), Argo (over $230 million worldwide) which won the best picture Oscar, and Gravity which recently surpassed $716 million worldwide. - IMDb Mini Biography By: Studio 8