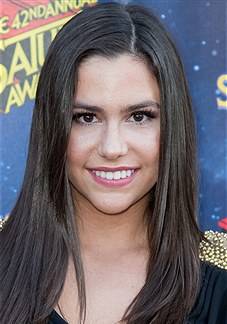 萨凡纳·兰瑟姆，Savannah Lathem was born in Homewood, Alabama. She quickly has already accumulated an impressive list of film and television credits. She has made guest star appearances on Awesomeness TV's new series Guidance starring Michelle Trachtenberg. Other TV appearances include hit TNT series Major Crimes, I Didn't Do it on the Disney Channel, and CBS Criminal Minds. Savannah first gained notoriety for her guest star role on Lost playing young 'Rachel Carson' which she received a Young Artist Award nomination for Best Performance in a Guest Star role. Her film credits are just as impressive and include her winning a Young Artist Award for Best Supporting Role for her performance alongside Robert Carlyle in the feature film California Solo. Her other credits include the Grand Jury Prize nominated Sundance short film The Cub directed by Ryley Sterns and executive produced by Mary Elizabeth Winstead, and the independent feature The Guest House. She also made her stage debut at the Kirk Douglas Theater in Neel Keller's Different Words for the Same Thing. She currently resides in Los Angeles, California. Not limited to just acting, Savannah is a skilled singer, dancer, and piano player.