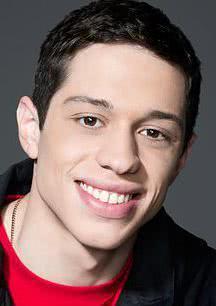 皮特·戴维森，Pete Davidson (born November 16, 1993)[1][2] is an American stand-up comedian and a featured player on the fortieth season of Saturday Night Live, becoming the youngest member of the cast and the first SNL cast member to be born in the 1990s.[3] Davidson is also a series regular on the MTV programs Guy Code, Wild 'n Out, and Failosophy.[4] Previously, Davidson had made stand-up appearances on Adam Devine's House Party, Jimmy Kimmel Live!, Comedy Underground with Dave Attell and guest-starred in Brooklyn Nine-Nine. He also landed a lead role in a Fox comedy pilot, "Sober Companion," that ultimately did not make it to series.[5] Davidson was raised in Staten Island and is the son of Amy (Waters) and Scott Davidson.[6] His father was a firefighter with the Fire Department of New York, who died in service during the September 11 attacks, in 2001.[7][8] Following high school, he enrolled at St. Francis College in Brooklyn Heights.[6]