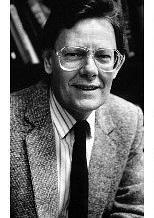 德里克·马尔科姆，Derek Malcolm born in 1932 and was educated at Eton and Merton College, Oxford, having been sent to various boarding schools from the age of four. On leaving university, where he studied history, he attempted to get into publishing but couldn’t get a job and instead became an amateur steeplechase rider, winning 13 races over three seasons before trying a professional acting career in the theatre. Later, he became a journalist, being engaged as a show biz correspondent by the Daily Sketch. From there he went to Cheltenham and worked for the Gloucestershire Echo as general reporter and theatre critic. In the late fifties, he went to The Guardian in Manchester as an arts page sub-editor under Brian Redhead. A few years later, he moved to The Guardian in London, again as arts sub-editor and was eventually made deputy drama critic to Philip Hope-Wallace, then deputy film critic to Richard Roud. When The Guardian started horse racing, he became the first racing correspondent of the paper until appointed film critic in the early sixties. He remained film critic for over 25 years until his enforced retirement at 65.