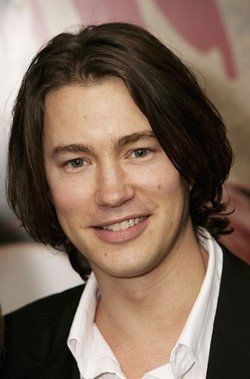 汤姆·威斯多姆，Many have said that Tom Wisdom has a striking resemblance to Keanu Reeves, Ben Barnes, and even the late Heath Ledger. All three of them can be summed up as quite a compliment. But, behind the handsome face lies a fantastic actor. Tom knew he wanted to become an actor from the moment he stepped on stage in a school production of Peter and the Wolf. Unfortunately, his director did not seem to think he had what it took to make it as an actor. Tom has since proved him wrong. While he may not be a household name (yet), he has had his fair share of recognition over the past 10 years. His first film role was playing Jan Turek in the TV movie, Good King Wenceslas in 1994. He then played the lead role of Edward Beverley in the TV movie, Children of the New Forest. But, his breakout role was as Tom Ferguson on the popular, long-running soap, Coronation Street; which he has said that his mother became emotional when he landed that role since his entire family grew up watching the show. He then had a lead role as Marco Bailey on the UK comedy/drama, Mile High. In 2007 his star rose when he played Astinos in the blockbuster film, 300 (of which he will always be known as the guy that got his head chopped off). Rest assured, his lovely head is still firmly attached to his neck. He recently appeared in The Sisterhood of the Traveling Pants 2 playing Ian, the boyfriend of America Ferrera’s character. Watch for him as Midnight Mark in this year’s bound-to-be-hit, The Boat That Rocked, where he plays a rogue DJ with a way with the ladies.